Up To Speed On The Road Rule Changes? Driving In 2018

If you’re like us, there’s a good chance you missed or didn’t understand some of the new road rules from late last year. It’s a problem that’s pretty easy to spot on the road – how many times have you seen drivers that don’t give way or slow down when they’re supposed to?

The below looks at some of new road rules for your state and provides some handy links for more info. Read on and put your road rule knowledge to the test.

Victoria has recently introduced some tougher road rules around drink driving. From April 30, people caught with a blood alcohol level above 0.05 will:

The rules do differ for different licence types, ages, but across the board will result in those caught spending some time on the sidelines without a licence. The key thing to know about this change is that it applies to first time offenders – not just the serial offenders…

Q. Why are people slowing down around emergency service vehicles?

This single rule change would have to one of the biggest to come out of 2017. The rule requires drivers to slow down to 40km/h when passing a parked or “slow”1 moving emergency vehicle2 with flashing lights.

There is no road in the state where this rule does not apply; you’re even required to comply when the flashing emergency vehicle is in an emergency lane. So be on the lookout, people.

The only exception is when the emergency vehicle is parked on the opposite side of the road (separated by a median strip3).

“At times getting down to 40km/h might not be possible, a significant reduction in speed when passing emergency services will help save lives”

Did you catch that?

In our completely unqualified opinion*, it seems like there’s some flexibility on this road rule where a reduction in speed and keeping clear of emergency workers is enough to comply. If that is the case, it kinda makes sense since the end goal is keep our first responders safe.

It’s a much-needed change to be honest. The word from VicRoads is early 1,600 emergency service workers were reported to have either had a near miss, been struck, or had their vehicle struck by a passing vehicle in the last 3 years. That’s more than 1 incident per day! Nb: What we’re wondering is: how many times did this go unreported?

Q. I hear I can drive with an empty bicycle carrier – is this true?

Seems so. The law requiring drivers to remove the unused bike carrier from the vehicle has been removed. You will still need to ensure the bike rack doesn’t hide or obscure your number plate though. If it does obscure it, you’ll need to order a bike rack number plate from VicRoads. Hand-painted number plates are not allowed.

From what we can pick up, it looks like Australian Design Rules (ADR) already regulate the bike racks that are introduced into the market and ensure they don’t impede number plate visibility. Do you have a different take?

For an overview of the change, we suggest hitting up the VicRoads website.

Similar to Victoria’s new road rules, NSW is about to introduce new, slower speed rules when passing an emergency worker (think firefighters, SES, police etc). From September 1, you’ll need to slow down to 40km/h. At this point, the chance is a trial – so temporary – but you can’t imagine it not sticking around in the long-term with all the focus on keeping our first responders safer.

I’m a disqualified driver, any chance I can get my disqualification lifted early?

Yes, so long as you’ve been on your best behaviour for a good stretch of time (2 to 4 years) and your disqualification wasn’t for seriously hurting or causing someone’s death.

If you meet the criteria (see below for full spec) you’ll need to apply. The people approving/denying your application will be your local court, so don your best outfit and put your best foot forward.

Approved? Great. Before you get behind the wheel again, make sure you have got your licence re-issued. Here’s the full write up

“You cannot apply if you have ever been convicted of one of these serious driving offences:

Hey, what’s this I hear about truck drivers sticking to far-left lanes?

Truckies have got to be one of the hardest working bunch of people around. But in an economy that relies on moving freight via roads already jammed packed with 150,000 plus other vehicles, a comprise needed to be made.

Late last year, the good folks at the Queensland Department of Transport announced some changes to the rules on the M1. The new rules restrict trucks, 4.5t and above (ex. trailer), to the “left 2 lanes in both directions between Springwood and Robina”.

The rules go as far as to say affected trucks are not allowed to overtake if it means leaving the 2 left lanes.

If entering the right lane is required to avoid debris, and it is safe to do so, then the truck is permitted to enter the right lane.

Want a refresher on all QLD road rules? Check this out …

Cyclists and motorists – has an understanding been struck?

The battle for space between cyclists and motorists is well known. But fighting about who has the right of way will only get you so far, which why a common-sense deal has been struck in the golden state.

The new rules enforced in WA mean motorists will have to keep a space of at least 1 metre @ 60km/h and 1.5 metres if you want to drive any faster.

Are you allowed to drive over single/double continuous lines to adhere to the new rule?

Yes, but only when it is safe to do so (make sure you have a clear view of oncoming traffic people).

“From 30 November 2017, a driver of a motor vehicle must pass a bicycle travelling in the same direction at a safe distance, being:

Want a refresher on all QLD road rules? Check this out …

*Disclaimer: we’re not lawyers, so make sure you read the rules for yourself to ensure you are 100% compliant with the rules of your state. 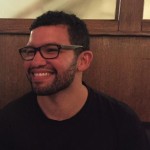 The Five Most Underrated Car Chases of all Time

The 7 Greatest James Bond Cars of All Time

Get aboard women only ride sharing app, Shebah

What Does This Summer’s La Nina Mean For Your Car?
1 month ago

Is A Tech-Free Roadtrip Exactly What Your Kids Need This Summer?
1 month ago